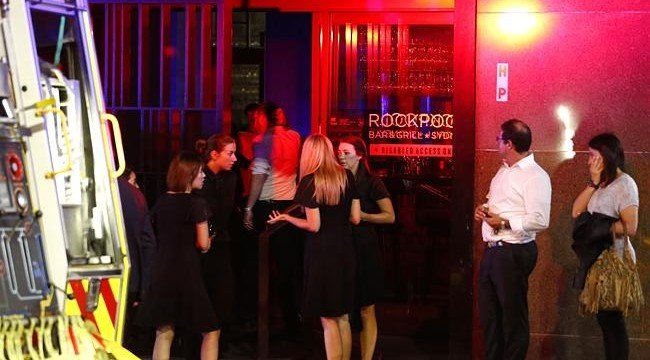 It’s long been a darling of the Sydney food scene but chef Neil Perry’s acclaimed Rockpool Bar & Grill was the centre of attention for all the wrong reasons in April this year.

A fire broke out in the kitchen during the dinner service, forcing the evacuation of more than 200 diners and staff.

Six fire crews were brought in to fight the blaze, which threatened to spread into the ducting and engulf the entire Hunter Street building. Huge volumes of water were dumped into the restaurant, causing extensive damage to its ceilings, as well as its marble-clad dining room.

“We appointed an insurance broker who identified several underinsurance concerns and gaps in coverage which were rectified immediately.”

Perry says when he first heard about the fire, it was not whether he was adequately covered that he was worried about – it was how long before he could reopen.

“For us to be closed for any length of time is difficult because it’s hard to restart the business. This is a restaurant that has 2000 bookings a week and we were actively cancelling people,” he says.

“That’s a freaky thing to do when your whole life is trying to get people to book. And it’s difficult not knowing when we could actively start rebooking people again and start saying that we were open.”

But Perry says he was overwhelmed by the attitudes of everyone involved in the rebuilding.

“Some of the things weren’t even quotable but they just said ‘Get the guys working on it 24 hours a day until it’s finished.’ What was also terrific was the focus on     getting us in the same shape as we were before we closed.”

“Of greatest concern to client in this case was day to-day loss of business, particularly across the approaching holiday period of Easter, a highly profitable time for a restaurant.”.

Less than four weeks after the fire started, Rockpool reopened, as good as ever.

Perry says the experience upended his expectations about the insurance industry and particularly the important role an insurance specialist plays in making sure businesses have the cover they need when disaster strikes.

“You hear a lot of horror stories (but) the exact opposite of whatever I thought about the insurance industry happened to us,” he says.

Conditions apply for each policy and the information expected from you for a policy to trigger. Coverage may differ based on specific clauses in individual policies. Please ask your broker to explain the additional benefits and exclusions pertaining to your policy.

The information provided is general advice only and does not take account of your personal circumstances or needs. Please refer to our financial services guide which contains details of our services and how we are remunerated.